Why Mint with Cinnamon is the Best GNU/Linux Distribution

Linux Mint is a soft fork of Ubuntu.  Each time a new version of Ubuntu is released, the Mint team integrates the Mint packages into the new Ubuntu release and releases the result as "Linux Mint."

Mint is free to download, use, and share (as are other GNU/Linux distributions).  Almost, but unlike Trisquel, not all of the software that comes with Mint is open source.

Mint works on Intel x86 and AMD64 architectures only.  It is desktop oriented, but can also run as a server OS. 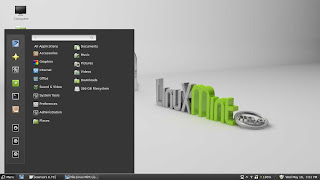 What's in Mint but not Ubuntu?

The Cinnamon desktop (Window Manager) was created by the Linux Mint team.  They considered that the GNOME 3 and Ubuntu Unity window managers unacceptable desktop UIs, and they wanted to provide a viable alternative that would continue to be supported after the GNOME project stopped development on GNOME 2 and moved onto GNOME 3 in 2011.

Cinnamon was initially released as a set of extensions – “MGSE” for GNOME Shell.  Cinnamon transitioned into a full fork of GNOME Shell in 2012 and uses GNOME 3 core libraries.


Why Not Choose a More Popular Desktop Window Manager?


Why Choose Linux Mint with Cinnamon?

What's not good about Linux Mint?


Where to get Linx Mint support?

Use Ubuntu support channels for almost any issue

Where to get Linx Mint?

http://www.linuxmint.com/
Posted by Unknown at 6:28 PM