Why Trisquel is the Best GNU/Linux Distribution

At its core, Trisquel is a free operating system. It truly strives to respect user freedom, by offering only programs which are known to be free. Saying that Trisquel is free software is shorthand meaning that you can change every single program that's included. You can give your neighbor a copy and you can actually know what every bit does. You can do all of these things, and/or let the community at large help you take advantage of these freedoms.

If you aren't a stock holder for a company, then that corporation by law does not serve your interests as their first priority. Why be beholden to a company's owners, when you could have the freedom to do as you choose? Any obstacles created in free software are just as easily removed by another person, so no one creating free software effectively holds back a user of free software.

Some people think that free software offers a lot of freedom they'll never use. However, we all benefit from these freedoms. If I find something in a free program that restricts user capability, I can help others by changing that, since I am empowered by its license. Even if I am small, even if I do not do much, together we are a large community. Our changes build up, allowing our ecosystem to continue growing. 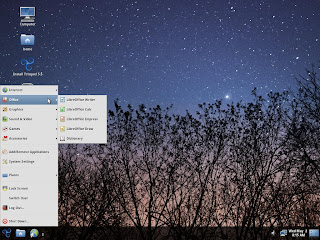 Ubuntu Minus the Non-Free Bits

One issue people run into are things like wifi and 3D graphics support not working on their computers. Intel integrated graphics have the best support currently, so there should be quite few issues with those chips. If your wifi card isn't supported, you can get a USB wifi stick from ThinkPenguin.com or elsewhere that works with fully-free software.

If your hardware is at least partially supported, you'll find that Trisquel is quite nice.  Aside from non-free drivers and firmware, there are a few programs that are not free. I say, “Throw Adobe Flash out the window!” since you can't trust it, change it or share it. There is a free clone being worked on by the GNU project, called Gnash. It has pretty good support, and works for sites like YouTube. If you want to download youtube videos without running Gnash, you can download them using a script called youtube-dl. There's also a script called get_flash_videos.

Trisquel 6.0 is coming out some time soon, but I don't know when that will be. I wouldn't be surprised if it's released in the next week or two, since there are already alpha images online. This next version will be a long term support release, meaning that you can install it and forget about major upgrades for a couple of years, if you prefer. Releases come out about twice per year.

Trisquel is known by some of the visually-impaired community for its great accessibility. In version 5.5, users are presented audio instructions for installing the operating system after boot-up, without needing help from seeing persons.

All around, Trisquel is a great choice. I recommend it to people willing to sacrifice on practical matters, so that they can side with user freedom, for the sake of computing security, and the advocacy of user freedom and empowerment for everyone.